The following lyrics are so fabulous. I feel energized (not necessarily Enterprised) whenever I hear them. Also, I find Russell Watson’s slightly gravelly voice to be enormously appealing.

It’s been a long road.

We recently returned from one of our many business trips to LA, so it was particularly disturbing to hear about the earthquake. I was at the gym when it happened, and the owner dashed into the workout room looking for me because he knows the city is my former home and my current second home. “Did you hear?” he asked excitedly. Given the fact that I was doing squats on the power plate with a large ball between my knees, I hadn’t. I hurried to the TV monitors, but the news was so recent that there wasn’t much information available.

Over time, the 5.8 magnitude was reduced to 5.4, which is still considered moderate. And to me, scary.

I experienced one earthquake while living in mid-Wilshire—a weenie 3-point-something—and I was terrified. It was the middle of the workday, and I was home alone in the loft that served as my studio. Suddenly, everything on my desk started to slide off. I looked out the window, and the pool was churning as if someone had turned on a wave machine. My husband was at a client meeting, so I called the management office of our building.

“Was that what I think it was?” I asked, a discernible tremble in my voice.

“Oh, it was just a little earthquake,” came the casual reply.

“You don’t get it,” I answered, trying to stay calm. “I grew up in New Jersey, and there’s no such thing as a little earthquake.”

Clearly, we get used to the weather patterns we’ve grown up with, and everything else becomes alien. My younger son has been living in the Midwest—California boy that he is, he’s paralyzed by the tornado warning sirens. I have a friend in New York who thinks it’s crazy to live on the west coast because of all the faults, but she probably wouldn’t blink when a hurricane hits the Jersey shore. That’s simply what happens, so it feels perfectly normal.

As for me, I doubt I’ll ever get used to the earth moving beneath my feet.

This afternoon we are hosting a fundraising house party for Charlie Brown, Democratic candidate for Congress. I’m not what you would call a politically active person, so my designated responsibility is food. My husband can quote Charlie’s track record if asked—all I know for sure is that he likes chocolate. (Okay, so maybe I’m exaggerating my ignorance just a tad. It’s just that I’m married to a man who knows so much about so many things, and I’m in awe of that.)

I’m very excited about what will happen here today. A man who is committed to making a difference will speak to our friends…our neighbors…to share his beliefs, goals, and insights. I can only hope that my artichoke frittata does him justice.

Several years ago, when my family was planning a business-related move that would take us from Northern California to Los Angeles for a year, we received a lot of negative feedback.

“How can you even stand the thought of living there?”

“What a terrible place. I hate it there.”

“La-la-land…they call it that for a reason, you know.”

I found it particularly amusing that a significant majority of the people who were dissing LA had never even been there, but apparently they thought they’d read enough tabloids to have a pretty clear picture of the lifestyle.

But still—to hear so many bad things about the place that was about to become our home was rather disconcerting. Both my husband and I had spent our fair share of time in LA over the years, but it’s one thing to visit and quite another to join the masses. So it was with a bit of trepidation that I packed my bags and headed south.

We had rented out our house in the Sierra foothills and found a two-bedroom-plus-loft apartment—complete with every imaginable amenity—in the mid-Wilshire area of LA. On our first day there, I managed to get lost in the parking lot beneath our building. Undaunted, I continued driving in circles until I finally spotted a glimmer of sunlight. With that one small glitch behind me, I proceeded to do what every self-respecting Angeleno does—I fell in love with the city.

LA has a spirit and an energy and a vibe all its own. It bears no semblance to any other place I’ve ever visited—in this country or beyond. It’s home to some of the most exciting art, magnificent restaurants, and fabulous shopping I’ve experienced. The people are a kick, the weather is superb, and there are more fun things to do than the average person could possibly expect to fit into a normal lifespan.

We were both so taken with the city…so loved being a part of it…that we opted to stay an additional year. Even thought we are now back in Northern California, we return to LA on a regular basis. As soon as we get off the plane, we are both struck by a sense of being home.

When I was ten years old, my best friend Elyse lived one house away. She was nine, and we were inseparable. One day, when I went to her house to ask if she could play, she announced, “My mother has a friend over, and she brought her daughter. I’m playing with her.” End of story. Closing of door. I was devastated.

I immediately decided that revenge was my best option. I headed down the street to the home of Jackie, age eight. Two years my junior, she thought I was God, which I thought would suit my purpose.

“Elyse is being mean, “ I began, “and I want to get back at her. Are you in?” Of course she was in, so I laid out my plan in great detail.

Jackie jumped right in. As one of the younger kids in the neighborhood, she was smart enough to realize that this was a great opportunity to one-up one of the bigger kids, so she was all for it.

The game I conceived wasn’t exactly earth-shattering, but, after all, I was only ten. The idea was to stand a considerable distance apart, place a bottle cap on the sidewalk between us, and then try to hit it with a ball. We did this for about an hour, and finally Elyse’s front door opened. Her mom’s friend and daughter made their exit right on cue, and before their car was out of sight, Elyse walked up to us.

“Can I play?” she asked with a bright smile.

Jackie looked at me with nothing less than adoration in her eyes. I said it would happen, and it did—precisely the way I’d predicted.

But then something strange occurred—something I hadn’t foreseen. I looked at Elyse and uttered a single word: “Sure!”

Jackie’s face fell, and she looked at me as if I had just run my bike over her cat. Every iota of hero worship made a quick exit as I completely blew the plan. The three of us proceeded to play my stupid, boring game for about another hour, and during that time, Jackie’s expression went from incredulous to disappointed and back again.

Clearly, I have a problem holding a grudge. 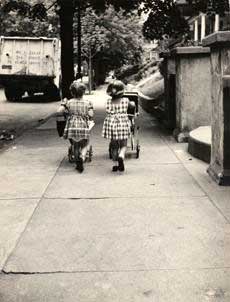 A friend of mine recently returned from Colorado. She said that the brilliant blue skies that are so typical of the state were clouded with smoke from California’s fires. I feel bad that we’re sharing our misfortune with out-of-state lungs, but I have to admit it’s a welcome relief to be able to breathe freely once again.

Dogs can be walked. Convertible tops can be put down. Bicycles can be ridden. They seem like such simple things—until they were taken away. It’s such a strange feeling not to be able to spent time out of doors. At one point, I was literally holding my breath while running from the car to the gym…the grocery store…the dry cleaners. Now, to look up and see blue…to be able to take a deep breath…feels like a gift.

Since my post on osteopenia received several hits, I thought it might be prudent to add some more information. Please note that I do not claim to have any legitimate medical knowledge—I’m simply reporting my own experiences.

Since my initial diagnosis, I have talked to several professionals in the healthcare field:

•    An orthopedist said (off the record) that he would rather see me do regular weight-bearing exercise than take medication.

•    An endodontist said that women who take the drugs recommended for osteoporosis and osteopenia are more likely to develop osteonecrosis of the jaw (ONJ). ONJ is a disfiguring and disabling condition where the bones of the jaw suffer literal bone death through infection and rotting that can result from exposure to bisphosphonates found in these meds.

•    The tech who performed my bone scan explained that bones continue to grow throughout one’s lifetime. The old bone cells slough off and new bone cells grow in to replace them. (To keep this process running smoothly, the body requires calcium and vitamin D.) Some of the meds on the market do nothing more than keep the sloughed-off bone from breaking away, making the bones appear, on a scan, to be stronger than they really are.

If nothing else, all of this information is worthy of further inspection.

I do not receive any form of compensation from the stores or designers whose products I feature.